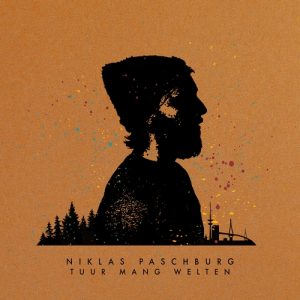 „Tuur mang Welten“ – translated „Journey between Worlds“ is the melodious title of Niklas Paschburg’s first EP. Niklas is originally from the big city, but lives in the countryside now. Aged four he played his first notes on the piano of his grandparents. Aged five he took piano lessons by his own request. Unlike other musicians, who feel a longing to move to world metropoles, Niklas, after having northern German harbors, seagulls, and fish markets in his life now enjoys the southern loneliness of forests, wide landscapes and the fragrant scent of pine woods. Inspired by both worlds Niklas creates an acoustic symbiosis in form of enchanting piano compositions with fine electronic additions on his EP „Tuur mang Welten“.

His debut Single „DAWN“, which is also contained in the EP, captures the pulse of the city in a charming and touching way. While you are most likely to hear the echoes of urban life in this piece, “Tuur mang Welten” also features quieter and darker musical realms.

The six tracks might come from a world that shows the earth a long time after an apocalypse. While listening they conjure a certain kind of magic. You almost feel as if you woke up alone (but not lonely) in an environment in which the works of humankind remain only as deconstructed fragments. Abandoned architecture and silent signs of long gone progress have been reclaimed by nature. They are decaying slowly, but not in a depressing way – far from it. On „Tuur mang Welten“ Niklas Paschburg frequently summons a newfound naturalness, imbued with pulsating vitality. A lightness that one might experience when the weight of culture is lifted off one’s shoulders. From silent debris and dust the original creations of nature rise again.

The titles are held in „Plattdeutsch“ (Low German), a language that Niklas’ grandparents could still speak, but which is now slowly falling into oblivion. This choice is a way to acknowledge his roots and shows a certain kind of authenticity. It shows in the sound combining traditional and contemporary elements.

The main element on “Tuur mang Welten” are covered piano strings with their intimate, sometimes almost ghostly sound. Random noises like buzzing or clacks of the piano mechanics that happen from time to time have not been removed in the production, but give the recording an element of honesty and are a witness of the moment where it took place.

In addition to the piano that weaves its stories in patterns warm and synthetic sounds rise from the pieces. They all have their origin in one sound, whereby the tracks derive a very harmonious togetherness. Modern, highly reduced beats that consist of bass drum and subtle percussive elements are the heartbeat of the tracks.

The EP invites you to take a time out for a conscious listening session. With great sensitivity Niklas Paschburg describes both the quiet beauty of mindful awareness as well as the energetic joy of clarity, childlike curiosity and cystal clear vitality. An emotional range that goes from bubbling cheerfulness to silent reverence opens up and touches the listeners heart.